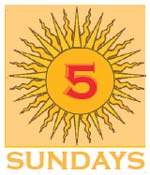 This series of talks 5 Sundays on Tasawwuf addresses the historical and practical importance of a guide on the Sufic Path, and was presented at the Islamic Center in Charlottesville, VA over the months of October – April of 2009-2010.

Shaykh Ahmed Abdur Rashid, in the Naqshbandi tradition and  Shaykh Nooruddeen Durkee, in the Shadhdhuli tradition delved into each subject, answering questions afterwards. Lunch and dinner were served; dhuhr, ‘asr and maghrib were prayed in jam’at. Each session included a na’at singer or group and a Qur’an reader, and a Guest Speaker. 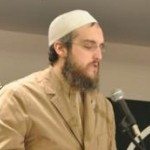 Speaking on Dhaahir and Batin  – Guest Speaker: Mi’raj Ahmad Riccio embraced Islam in 2003. Since that time he has studied Hanafi fiqh, the aqida of Ahl us-Sunnah and Arabic language with Maulana Ghufran Ali Siddiqui (khalifa of Mufti-e-Azam Hind Maulana Mustapha Ridha Khan), Maulana Hafiz Ghulam Yasin Rizvi, and Maulana Hafiz Muhammad Asif Ali Reza. For four years he taught fiqh, aqida, history and sirah to children and young adults at the Muhaddith-e-Azam Academy in Jersey City, New Jersey. He has also served as khatib of the Muslim Community Center of Union County in Elizabeth, NJ and the NAIF Center in Herndon, VA.

View Shaykh Rashid’s 5 Sunday talks  (2009-2010) on our Video Channel or listen and read at the following links: