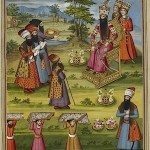 HIGHLIGHTS OF THE SPEECH ON Salman Farsi  (as) by Shaykh Ahmed Abdur Rashid. Links to full speech below. 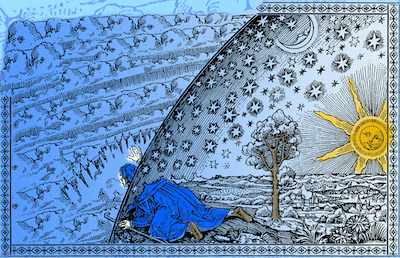 We are speaking today about what brought Salman Al Farsi (as) from a village near Isfahan, deep in the Persian Empire, to the top of the date palm in Medina to hear the news of Rasuulu-Llaah (sal) and from there to become one of Rasuulu-Llaah’s (sal) most trusted companions and advisors, and from there a teacher of the tabaceen.  As you listen to this dars today, I ask you to contemplate and reflect on your own spiritual history. Through this contemplation, one can begin to get a sense of what the inner journey really is. Through this reflection, we begin to understand how and where Allah’s Will and our will may meet. There, in that meeting, you can begin to understand why you were brought into this universe and what your purpose here is, how to travel through the different maqaams (stations) of yaqeen (certainty) that are necessary to achieve nearness to Allah (Swt), which in translation means awareness of His Presence. 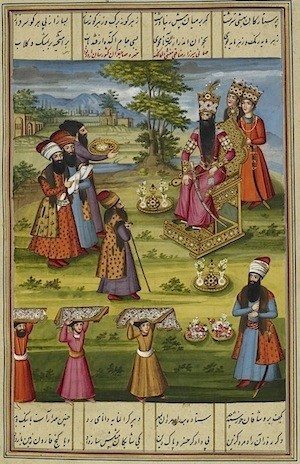 Salman Al Farsi (as) is known to be one of the people of mysteries, people of Truth, those who know Reality, who know that what is hidden can be found. He was a man of profound curiosity, simplicity, sincerity, humility, loyalty, passion, sensitivity, patience, and trustworthiness. But how did he become such a man? There are many different stories about his life—some commonly told stories (which I will return to), and other, less common stories. Some say his name was Dastur Dinyar, a Zoroastrian priest, and one of the long-lived wise men of the world, that he was one of the three Magians who traveled to the birth of Jesus some 600 years before the Prophet Muhammad (sal), and that he was only later known as Salman Al Farsi (as).

THE STORY OF THE SEEKER

We see from this first part of the story that Salman (as) was drawn to spiritual matters even at a young age.  For many of us who have chosen this journey, this is a story that we can identify with. Some know, even at an early age, that they have a mysterious yearning, asking questions others did not ask and that no one could answer – this was certainly my experience from the age of 10, 12 years of age – having attraction to places far away, and desires to express thoughts others did not have. We found ourselves, at times, strangers in a strange land, seeing beauty in ways other than just material, seeing that a special attraction and light shone from life itself.

My own story was of a mystical night at the age of 10, lying under the stars and being overwhelmed by their magnitude, distance, nearness, beauty—something near and far, something I could see and feel but not touch, a knowingness without really knowing or understanding, a hint of something real just out of reach. The journey, a life journey to separate the real from the unreal, the wheat from the chaff, the emotional from the jadhb, the essence from the nessence began for me in that moment.  I remember that I couldn’t stay there very long; it was overpowering.  It was too much. I couldn’t stand it – it was too painful.  I couldn’t understand it – it was too much to grasp.   So I got up and went back to the house.  Now, it is 61 years later, and I still remember the story and the feeling quite vividly.

Throughout this story we hear the theme of hubb (love) and jadhb (attraction).  This is the foundation of our journey.  This is the foundation of the journey of the Sufi, of the Family of the Prophet (sal), and of the land of Sidna Ali (as). Salman Al-Farsi (as) was attracted to the Prophet (sal) across thousands of miles and across the barriers of country, culture, religion, and languages.  The Truth called him, and he answered the call. We may ask, and not really understand, why he (or others) would suffer so much for love, suffer so much in the search for Truth. How can we relate to that in our own lives?  Every one of us here today is so privileged. What hardship have we borne in our journey for the truth?  What have we given up along the way?  Many poets and Sufi masters have written on the hardships of the journey of love….

There are obviously linkages between personal effort and knowledge, between love and sacrifice, between patience and reward. Even when we don’t have the will, even when we don’t have the discipline, we can still yearn for that knowledge. That which comes through a heart is very pure.  There are great mysteries imparted into the hearts of those who are seeking. The key to the door of those mysteries is patience and perseverance through every test, as exemplified in the story of Salman Al Farsi (as).

HIS ROLE IN THE LIFE OF THE PROPHET 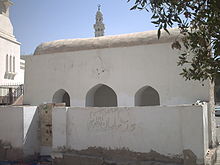 Salman Al Farsi (as) was not just a follower of the Prophet; he was also an advisor. He embraced Islam and embraced the shar’īah, and was quickly brought within the fold of the Prophet Muhammad (sal). He becomes a close friend of the Prophet (sal) and his son-in-law, Sidna Ali (as). The Prophet (sal) said, “It was said in the revelation received by me that Paradise more impatiently desires the presence of Salman, than Salman wishes to go there. He is my intimate friend and advisor, as well as to all Muslims. Salman is one of my family.”  As we can see from this hadith, Salman (as) is someone who was deeply valued by Rasuulu-Llaah (sal).  He was an advisor, a guide, a logician, a tactician. He had seen the efficacy of different paths. He had lived as a Magian (Zoroastrian), as a Christian, and with the Jews. He had traveled and had many experiences and teachers.  He is favored with this knowledge, but it’s a special favor of Allah he has chosen. It is the mercy and the blessing, the nicmah, of Allah (Swt).

FINAL LESSONS OF THE HEART

The final lesson we can learn from Salman Al Farsi (as)—today at least—is the lesson of how he continued on after the life of the Prophet (sal).  Salman (as), after being a student of Prophet (sal), becomes a student of Abu Bakr (as), his last teacher.  Then after Abu Bakr (as) he migrates away and becomes a leader and teacher of the tabaceen.  Salman  (as) became known as “Salman the Good.” He was a scholar who lived a rough and ascetic life. He had one cloak that he wore and one that he slept on. He would not seek the shelter of a roof but stayed under a tree or against a wall.

Remember to do everything and anything to take advantage of every moment.  Remember that every single moment of every single day and night of our life, Allah (Swt) is filling our life with Rahmat/Mercy, and Fadl is showered upon our hearts. Make the prayer of the night.  Make the du’aa.  Make the prayer of the day.  Make that du’aa.  The night has come upon us. Allah (Swt) is enjoining us to announce our presence, to say we are ready, to say, “Labaik, labaik, allahumma labaik.”  Don’t just say it in Mecca. Allah’s attributes are endless, and sustained. He is present in the ocean of hidayah. He is always al-Haadi the Guiding force, He is always ar-Raheem. Whatever your state, He is still with you as the Divine Presence and the Divine Attributes and more. When we go against His command, no matter how bad and crude a sin we commit, He comes to you as at-Tawab, the Grantor and Acceptor of Repentance.

Discover more from Shaykh Rashid’s talk on the Salman Farsi  (alayhi-s-salaam) in the following venues: