The Alchemist of Happiness

By circlegroup On October 5, 2010 · Add Comment · In Islam in the Modern World 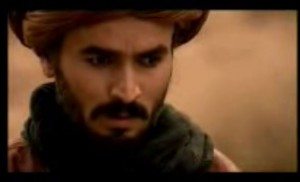 Abu Hamid al-Ghazali was one of the world’s most influential scholars and saints. Born in 1058 in Tus, Khorasan, in present-day Iran, Abu Hamid al-Ghazali was one of the most original thinkers the world has known. Besides being a major influence in the Muslim world, the West has also felt his effect. He influenced major figures of medieval philosophy, such as Thomas Aquinas and Moses Maimonides, who shaped the philosophy of the Latin West. As the author of some 250 books on topics ranging from theology and ethics to metaphysics and philosophy, al-Ghazali came to be known as ‘Proof of Islam.’ For almost a thousand years he has served as an inspiration for spiritual seekers everywhere as he was someone willing to give up everything: wealth, position, family, and comfort in order to search for Truth.

Exploring the life and impact of the greatest spiritual and legal philosopher in Islamic history, this film, directed by Ovidio Salazar examines Ghazali’s existential crisis of faith that arose from his rejection of religious dogmatism, and reveals profound parallels with our own times. Ghazali became known as the Proof of Islam and his path of love and spiritual excellence overcame the pitfalls of the organised religion of his day. His path was largely abandoned by early 20th century Muslim reformers for the more strident and less tolerant school of Ibn Taymiyya. Combining drama with documentary, this film argues that Ghazali’s Islam is the antidote for today’s terror.