The Prophet Musa (as) – Fourth of the Great Ones

Sidna Musa (alayhi-s-salaam) and the other prophets we are discussing in this series were all sent to re-balance their communities, and hence our world.  They are not just bringing a message; they are contravening this misbalance, ignorance, and savagery that exist in the world to this day, as we know.

HIGHLIGHTS OF THE SPEECH ON THE PROPHET MUSA (calayhi-s-salaam).  Link to full speech (pdf) below. 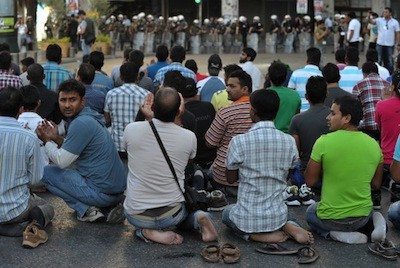 The modern day story of Egypt is, in some ways, a reminder of the story of ancient Egypt and the struggles of Musa (calayhi-s-salaam) to overcome evil.  When people stand in the streets in defiance of the tyrants, or on their knees praying—not extremists but moderate Muslims—they are calling out to Allah to assist them, to open a way where there was no way before.  This revolution brought new life into an old land.  But instead of leaving it with hope, it has given in to entropy, corruption, and further economic and social hardship for many, many people. While the modern “Pharaoh” now continues to live where the ancient Pharaohs are buried, the contrasts are stunning: poverty in Imbaba contrasted with incredible wealth in “Sixth of October City”, and a disappearing middle class. Certainly, it is a preamble to what is happening in other parts of the world including the United States.  And yet a few good people continue to struggle to carry on the message of justice and freedom.

LESSONS OF THE PAST

We will see today, as we discuss the Prophet Musa (calayhi-s-salaam) that the true Prophets succeed in understanding humility, in deference, and in walking gingerly and attentively through their life, with piety and repentance. Who rules, what are the rules of a civil Civil Society is a series of talks I am giving now in other venues, but it is clear that Qur’an provides such guidance on who rules, how they should be chosen, why we should obey the ruler, and when they should not be obeyed. Political leadership is not something that is inherited or automatically conferred on the basis of class or wealth. We see from the Qur’an that the Prophets waged struggles against three types of people.  Personified in the story of Musa and Pharaoh, the three are “…the symbols for the ruling elite, the corrupt administrators, and the phenomenally rich who work together to accumulate power, thwart distribution of wealth, and subjugate and marginalize most of society.”  So what these Prophets achieved or strove to achieve millenniums ago we have yet to do in our own time.

THE BEGINNINGS OF FAITH 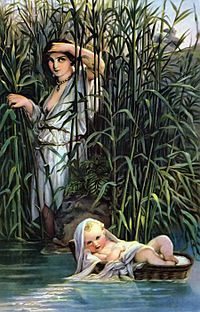 Nowhere in this story of Musa’s mother, Youkabed, as recounted by Qur’an, does it say that it was easy for her, or that she didn’t have doubts.  In fact, we are specifically told of the aching void of her heart, and that she had so much doubt and anxiety that she almost betrayed her son and Allah. What can we learn from this example? We are cared for; but we have to move toward Allah before He comes running toward us.  Taking that first step is the most important. For Youkabed, that first step was a big one.  Taking that first step, spiritually, under any circumstance, is always the most difficult one.  When you do take it, Allah takes care of the rest.

This early life experience of Musa (calayhi-s-salaam) and the choices his mother made introduce a theme that we see repeated over and over in the life of the Prophet Musa (calayhi-s-salaam), for virtually all the Prophets, a theme of trial, test, trust, and ultimate submission. Sidna Musa (calayhi-s-salaam) must trust Allah, not knowing how things will turn out.  He is instructed to follow Allah, without knowing what the consequences will be; he must quiet his questioning mind, and trust that what doesn’t make sense to him, what looks wrong or illogical is right, because it is by Allah’s will.  This is the lesson that the Guide Khidr is sent to teach him.  This is the attitude he must adopt when he sees a bush burning in the desert.  This is the trust he must achieve when he goes to Pharaoh, the god-like ruler of Egypt to tell him he is a tyrant (and remember he is not going to a stranger). And this is the complete submission and humility he must have felt as he is leading his people, pursued by an entire army.  They reach the sea, with nowhere to run or hide as far as the eye can see—[and there is] trust in and submission to Allah’s plan. 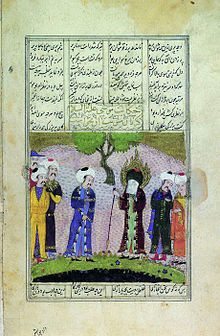 Again and again, Musa (calayhi-s-salaam) must face his fears, his fear of death (like his fear of Pharaoh), and his need for proof in conflict with his trust and duty.  When he is ordered by Allah to face Pharaoh, first he says he is afraid.  He can’t go back to Egypt, because he killed someone and, “I fear they will kill me.”  When Allah addresses that fear, he expresses another fear, that he will be inarticulate and the people will deny him and ridicule him:

WHAT ARE WE STRIVING FOR? INNER AND OUTER FREEDOM

As we listen to these stories today, we should ask, “What is it I am supposed to learn, and how can I change myself?” We are conditioned to believe that the enemy is outside of us, when the enemy is inside of us, really. It’s our own fears and our own desires. We felt the enemy had power over us, but that is just an illusion.  That is the lesson that Sidna Musa had to learn.  He thought the enemy as Pharaoh, but it was really his fear of Pharaoh that was the enemy.  The real battle was to overcome his own fears and weaknesses, alone on the mountain.  The enemy is inside of us, and all the external enemies are only a manifestation of our own internal enemies. They are projections. If we want to conquer the enemies of disease, poverty, fear, and doubt, then we have to conquer what’s inside of us, the breeding ground for those feelings. We have to find the will to breed the good feelings and the truth, not the dis-ease and the viruses.

The goal and message today is to trust in Allah and not be so attached to the world and worldly things, and the worldly worries, and the worldly desires, and the desires—the desires that are apparently justifiable, rational, reasonable, and just happen to be in coherence and resonance with what I want.  Of course, therefore, they make perfect sense.   Know that the spiritual life always suffers unless you put it first.  And when it suffers you forget about its value. When you forget about its value, you are no better than the Pharaoh: living to die, accumulating wealth and power, having no values or concern for others, for this creation, and for the covenant with Allah.

Discover more from Shaykh Rashid’s talk on the Prophet Musa (calayhi-s-salaam)  in the following venues: