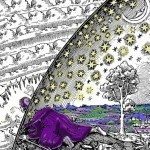 By circlegroup On April 6, 2014 · Add Comment · In Featured Article

HIGHLIGHTS OF THE SPEECH ON Nasir Khosrow  (as) by Shaykh Ahmed Abdur Rashid. (Links to full speech below.)

In this series of duruus, we have “traveled” with Al-Khidr as he guided Musa through the rigors of trust, we met Salman Farsi who was exceptionally devoted, loyal, and trustworthy –  a believer, a seeker, a finder. Now we meet another traveler on the path of truth: Nasir Khosrow, and spend a day with him and his journey, his poetry and teachings. He affirms the value of seeking until one finds, of being a true and determined believer. 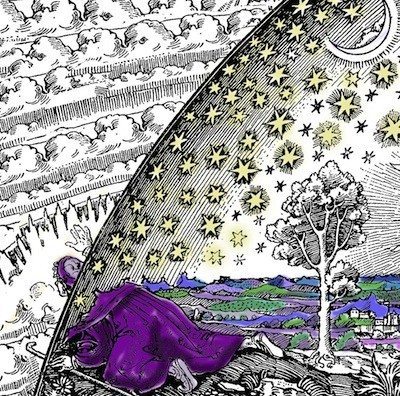 Nasir Khosrow was receptive. He hungered for, he was starving for, thirsting for knowledge. He was willing to leave everything he had, in order to seek it and find it. Some of you should be able to relate to that. He had to learn a new way of seeing and thinking, a new vocabulary or definitions of concepts and principles that he knew from before but now saw in a different light or through a different lens.  After he found his calling, he was sent by his teacher on various journeys, and finally back to his native country where he was appointed to the propagation of dacwah in Khorasan, and given the title of “Hujjut-i-Khorasan,” becoming one of the 12 “hujjuts” in the court of the Imam in 444 AH. All this took only seven years.

RETURN TO THE HOMELAND

To most Muslims, dacwah is promoting Islam, branding Islam, calling people to Islam.  But what I have said for many years is that dacwah is responding to a call, answering a question, being tuned to the need. It is responding to Allah’s call to you.  What is the difference?  One difference is that in one mode you are trying to promote something, while in the other you create such beauty that people’s natural inclination is to come to that beauty, to that truth, seeing that everything has a voice that speaks of the Divine Presence and calls us to that Source. This subtlety of dacwah can be seen in the life of Nasir Khosrow. When he returned to his homeland, he returned as one who had answered Allah’s call to him, and one ready and willing to help to answer the call of others. 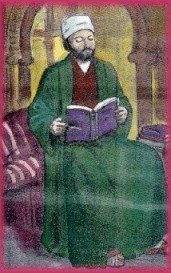 At some point in each of our lives we are going to have to be able to distinguish between the dhaahir and the baatin, to distinguish the outwardly beautiful from the inwardly meaningful. We each have the choice to direct our lives towards the Haqq of Allah, or to fill our time with the meaningless chatter of the peacock. Ask yourself, “What is burning in my heart and soul?” Even if they are just embers, blow on them!  Nasir Khosrow’s poetry is filled with the fire of devotional love, but his poetry is also built on a very subtle understanding of the human intellect—not just intellect as mentality, but the force of consciousness that distinguishes us from the animal, and distinguishes one human being from another human being in the spiritual realm.  Nasir Khosrow was one of those who asks questions, who questions everything in his search for the truth.  And he asks and contemplates, again and again:

Why were we given an intellect if, even with this intellect,

Why did God command us to do good and avoid evil,

If we are not alive and free to choose?

Why is the vicious wolf not condemned before God

For his acts, while we are held responsible for ours?

Why, with its meaningless crowing and cawing

Is the crane not held in contempt, but we are?

Why are you and I weighed down with prayer and fasting,

While deer and other creatures we hunt are not?

BETWEEN INTELLECT AND FAITH

What Nasir Khosrow feared and saw happening in his homeland, in Balkh, was that philosophers and teachers were running away with their intellect. They were running wild. They had no real understanding of Allah; they had no real guidance, indulging in self-gratification at the expense of the essence of Islam, the true revelatory nature of the Qur’an and Hadith, the humbling experience of Divine Presence. When in the company of a person of true sight, there can be no mistake of authenticity.

In his day, and to our detriment today all over the world, there are those apparent fakirs, (knowingly or unknowingly). Fakers have all the forms down pat. They are weeping and crying; they have all the costumes, and use philosophy in compelling style and language.  But it was (and is), in his opinion, totally wrong, because they do not using their intellects properly. They don’t use the intellect to see through the form and understand the essence.

THE DHAHIR AND BATIN OF SALAT

I want to give you this in-depth example of the teachings that Nasir Khosrow was given…try to follow the thinking as well as the content. Try to understand how this approach appealed not only to him, but also to those who sought a means to awaken within themselves capacities of insight, inspiration, and purification.  While seemingly simplistic, prayer is a wonderful example of a space in our life to which the proper application and training of intellect can open whole inner dimensions and ways to grasp the value of the dhaahir, as it represents a deeper meaning of the baatin.

The outward, dhaahir, blessing of salaat is performing it outwardly, including all of its genuflections and prostrations, compulsory and permissible.  Correspondingly, the baatin, the hidden blessing lies in establishing the summons of truth—dacwah al-haqq in every generation, day and night, as is done in performing the visible salaat.

CONCLUSION: RESPONDING TO THE CALL

As Nasir Khosrow points out the human soul is not receptive to all forms of knowledge, because the human soul is only potentially perfect, but practically imperfect. He calls the rational soul, the soul we live with every day, basically imperfect. There is a space: an esoteric space, between potential and reality.  We can try to seek out our potentiality and increase it, but there has to be something more that bridges that space.

Discover more from Shaykh Rashid’s talk on the Nasir Khosrow (alayhi-s-salaam) in the following venues: