Prayers and Aa’maal during the Month of Rajab
By: Abbas Shahid Baqir (LUMS) 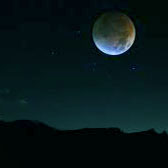 Rajab is one of the four months declared sacred by Allah in the Holy Qur’an.

Special prayers and Aa’maal that can be prayed and carried out on any day or daily for this month reached us on the authority of the Holy Prophet (S.A.W.), Imam Ali (A.S.), Imam Ali Al-Zaynul A’abideen (A.S.), Imam Ja’far as Sadiq (A.S.) and Imam Saahibuz Zamaan (A.S.), are given below:

Merits of Fasting In Rajab:

Rajab marks the beginning of the spiritual season of every believer ending with the end of the fasting month of Ramadan with the Eid Al-Fitr. These three months are unmatched in their importance.

Praise be to the Almighty and thanks to Him for granting us yet another opportunity to cleanse ourselves of our sins and oversights.

The Holy Prophet (SAW) has said:

“Rajab is a great month of Allah, unmatched by any other month in the respect and significance (accorded to it); war with the infidels during this month is prohibited; Verily, Rajab is Allah’s month, Sha’aban my month and Ramadan the month of my Ummah; whosoever fasts a day in the month of Rajab will be granted the great reward of Ridwan (an angel in heaven); the wrath of Allah shall be distanced and a door of the Hell shall be closed.”


Fasting is one of the most recommended acts during this spiritual season. It becomes Wajib during the month of Ramadan, but is highly recommended during the months of Rajab and Sha’baan. As will be noted from the Hadith above and others to follow, fasting, be it for only one day during these months, is rewarded with untold bounties.

Hadrat Salmaan Farsi narrates that the Final Messenger of Allah (SAW) said that there is a day in the month of Rajab on which if a person fasts and does Qiyaamul Lail (night vigil) on that night, he will receive rewards like a person who fasts for 100 years and does Qiyaamul Lail for nights of 100 years. This night is the night of the 27th (Rajab) and the day of the 27th (Rajab). This is the day on which Hazrat Muhammad (SAW) was appointed to Messenger hood, (Ghuniyatut Talibeen, Tarteeb Shareef page 781).

“O Salmaan, there is no Mumin (True Believer) and Muminah (Truly Believing Female) who performs 30 Raka’ah in the month of Rajab and in each Raka’ah recites Surah Al-Faatihah once, Surah Al-Ikhlaas 3 times, and Surah Al-Kafiroon 3 times that Allah does forgive them their sins and bestows rewards upon them as upon a person who has fasted a whole month. He becomes among those who will be steadfast in their Salaat in the year which is to come. For him the deeds of the day are equal to that of the martyr. He will be raised with the Martyrs of the Holy Battle of Badr. For him is written for the fast of each day, one year’s worship. His station is raised 1000 times higher.

If he fasts the entire month of Rajab and he performs this (Above) Salaat, Allah will give him salvation from the Hell Fire, make Waajib for him, His Paradise and bestow His Nearness upon him. Hadrat Jibreel informed me “O Muhammad this is the sign between you and the Mushrikeen (Polytheists) and the Munaafiqeen (Hypocrites) because the Munafiq does not perform this Salaat.”

Hadrat Salmaan says, I beseeched “O Rasoolallah tell me when and how shall I perform this Salaat (Prayer)” He said,

“O Salmaan, perform 10 Raka’ah on the first of it (month of Rajab) and in each Raka’ah recite Surah Al-Faatihah once, Surah Al-Ikhlaas thrice and Surah Al-Kafiroon thrice and after you do your Salaam (at the end of the Salaat) raise your hands and say: “There is no God but Allah, The One Who has no partners. To Him belong all His kingdom and all the praise, Who created life and death and Who is Alive without Death. From His hands (only) good is done and Who has Power over everything. Dearest Allah, no one can stop what You bestow and no one can give what You prevent. There is no one who can profit us except You the August among all.” Then spread your hands over your face.

In the middle of the month perform 10 Raka’ah and in each Raka’ah recite Surah Al-Faatihah once, Surah Al-Ikhlaas thrice, and Surah Al-Kafiroon thrice and after you do your salaam (at the end of the Salaat) raise your hands towards the heavens and say:
“There is no God but Allah, the One who has no partners. To Him belong all His Kingdom and all the praise. Who created life and death and Who is Alive without Death. From His Hands (only) good is done and Who has Power over everything. The only God, Unique, Who has no needs. He has no wife and no children.” Then spread your hands over your face.

You perform this Salaat at the end of the month, 10 Raka’ah. In every Raka’ah recite Surah Al-Faatihah once, Surah Al-Ikhlaas thrice and Surah Al-Kafiroon thrice. After you do your salaam, raise your hand towards the heaven and say: “There is no God but Allah, The One Who has no partners. To Him belong all His Kingdom and all the praise. Who created life and death and Who is Alive without Death. From His Hands (only) good is done and Who has Power over everything. And the blessing of Allah be upon the Master Muhammad and upon his pure progeny and there is no power greater than that of Allah Who is the Greatest in Might”.
Then ask for your needs (to be fulfilled). Your Supplication will be accepted and Allah will create 70 trenches between you and the Hell fire, the distance between each trench will be like it is between Heaven and Earth and written for you will be freedom from Fire of Hell, and from crossing the Bridge of Siraat.” When the Beloved of Allah, Hadrat Muhammad had finished, I fell down in prostration, weeping out of gratitude towards Allah for the abundance of the rewards.

We present this beautiful hadith from Imam Musa al-Kadhim (peace be upon him) on the greatness of Rajab and just fasting one day from this blessed month.

It has been narrated from Rasulullah (saw) in a very long hadith that there is no month as great or noble in the sight of Allah as the month of Rajab and even the Arabs of the time of Ignorance held this month in great esteem, and with the coming of the religion of al-Islam at the hands of the final Messenger of Allah, nothing was added to it except an increase in its greatness. The Prophet went on to say that the month of Rajab is the month of Allah; Sha’baan was his month and the month of Ramadhaan was the month of the Muslim Ummah.

In this length tradition which can be found in Thawaab al-A’maal wa Iqaab al-A’maal (new print), Page 115 to 124, the Prophet went on to mention the specialties and favors that would be showered upon that person who fasted during this month and for every day he fasted, a different favor and bounty would be graced upon him.

Our Prophet Muhammad (may Allah shower him and his righteous family with never-ending blessings), if a person were to fast one day in this month for the belief and hope of reward from Allah (SWT), then he would have earned the pleasure of Allah (SWT) and the fast of that one day would put out the anger of Allah (SWT) and would cause the doors of the hellfire to be closed for him. If the entire land were to be filled with gold and that gold was to be spent in the way of Allah (SWT), then even this act would not add up to the bounties of fasting just one day. There is not a single thing in the world that would perfect that person’s reward except for good (from Allah (SWT)) as long as he was sincere to Allah (SWT) (in has fasting). When the evening time comes, ten of that person’s prayers would be granted, and if he were to supplicate for anything of the worldly life, Allah (SWT) would give it to him, and if it were not given to him, then Allah (SWT) would preserve that which is greater (than what he supplicated for) and that which the friends, lovers and chosen ones of Allah have prayed to him for.