“The Book of Wisdom” Seminar

Al Hikam of Shaykh Ahmad ibn Ata Illah as-Sakandari
A seminar open to public  at the ADAMS Center in Sterling, VA. Thank you to all who made it possible for us to hear the commentaries of the speakers as they explored this enlightening wisdom.

Shaykh  ibn Ata’Illah (d.708h/1309ce) was the third khalifah of the Shadhdhuli School, his teacher being Shaykh Abul Abbas al Mursi, khalifah of Shaykh Abul Hasan as Shadhdhuli.  He was a Maliki faqih who became responsible for systematizing the teachings of his two predecessors who did not leave any written works. Al-Hikm is his  most famous work, being a collection of aphorism which are the pure pith of the Shadhdhuli teachings on the ceasing of self-direction and total reliance upon Allah as the Planner of one’s life.

for the complete dars, click here to see videos 2-6

Or listen to the audio:

The Aphorisms of Iskandari: Action Items for Today’s To-Do List

Audio clip: Adobe Flash Player (version 9 or above) is required to play this audio clip. Download the latest version here. You also need to have JavaScript enabled in your browser.

PHOTOS OF THE SEMINAR 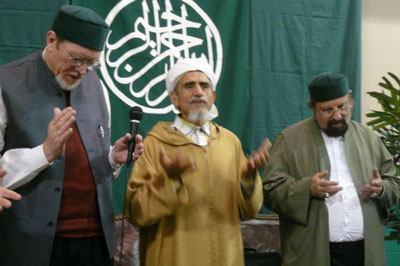 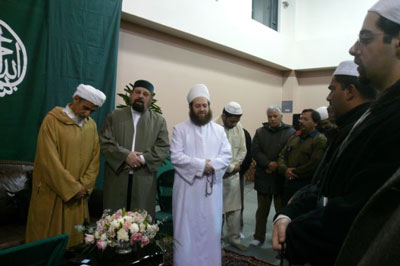 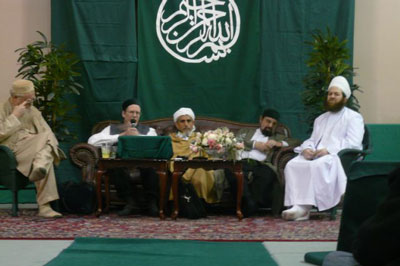 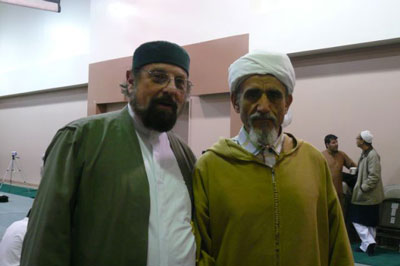 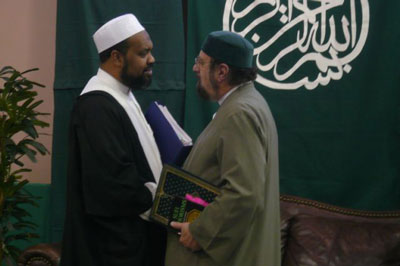 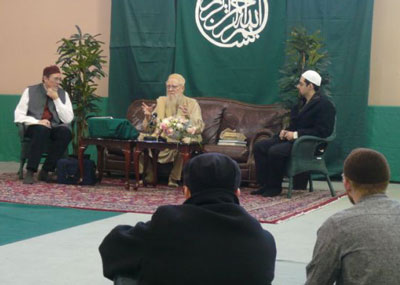 Shaykh Ahmed abdur-Rashid
Shaykh Ahmed Abdur Rashid is the khalifa of the late Hazrat Azad Rasool (may Allah’s blessings be upon him) of New Delhi and an authorized teacher of the Naqshbandiyya, Mujaddadiyya, Qadriyya, Chishtiyya, and Shadiliyya Sufi Orders. He has applied the essence of Islam and Tasawwuf to contemporary issues for more than thiry years through programs in education, leadership training, sustainable development, peace building, and cross-cultural relations.

Shaykh Nooruddeen Durkee
Khalifa in North America for Shaykh Ibrahim al-Battawi, professor emeritus in the Faculty of Islamic Philosophy at al-Azhar University, he is an author (Orisons of the Shadhdhuliyyah), translator and transliteration (the Tajwidi Quran), teacher (the Islamic Study Center, Charlottesville, VA) and architect (Dar-al-Islam Foundation, Abiquiu, NM). He is the Imam and Kateeb for a number of masajid and is known in his khutbas for his command of both current events and daily problems and for his ability to relate them to the teachings of the Qur’an and the Prophet, peace and blessings be upon him.

Imam Muhammad Majid
Born in northern Sudanese village, he studied Islam under African Sunni scholars, including his father. He immigrated to the U.S. in 1987, and in 1997, became imam of the ADAMS center (All Dulles Area Muslim Society). He is known for his progressive views, concentrating on children and young people and the problems of growing up and living in American society. His center is very active in education, family counseling and community life. He is also vice-president of ISNA.

Shaykh Muhammad bin Yahyah an-Ninowy
One of the few true ‘ulema in America, he grew up in Syria, studied at al-Azhar Sharif University, Faculty of Usool-uddeen and then at the feet of many great scholars including the Ghumari brothers and other teachers in Syria, Fez, Egypt, Sudan and Jordan. He is the imam of al-Madina Masjid in Atlanta, and is much in demand as speaker, author and lecturer in Europe and the United States.

To hear audios from prior Al-Hikam event held in Charlottesville, Nov 1-2, 2008