ADAM and HAWA – First of the Great Ones

By circlegroup On January 19, 2013 · Add Comment · In Featured Article

HIGHLIGHTS OF THE DARS by Shaykh Ahmed Abdur Rashid. (Links to the full speech below).

THERE ARE MANY WAYS TO DISCUSS THE MESSENGERS AND THE PROPHETS. 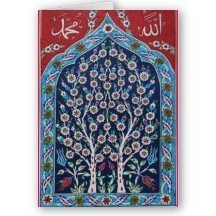 “There are many ways to approach the discussion of the Messengers of Allah (Subhaanahu wa ta‘aalaa): historically, theologically, metaphorically, or inter-culturally, just to name a few.  When we speak of Hazrat Adam and Hawa (on them both be peace), we speak also of the story of our own creation, the story of all humanity.

If we had not been sent messengers and given warnings, we would not know what is good and what is evil, and so could not be held accountable.  But every individual will be called to account for good and evil deeds, and every group of people have been sent a Messenger.

That message is a base-line of knowledge that we are all responsible for.  It is the message that Allah (Subhaanahu wa ta‘aalaa) gave directly to Hazrat Adam (‘alayhi-s-salaam) and Hawa (‘alayhaa-s-salaam) when He created them; and it is the message to all their progeny, from that day until this day, a message carried by thousands of prophets and messengers, through time.

So, as usual, I begin at the end today: with the message, and its repercussions, and reflections in our own lives; and will end at the beginning: with the creation of Hazrat Adam and Hawa. 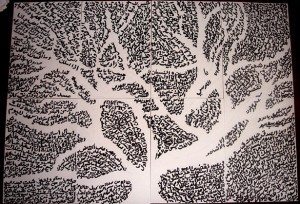 WHAT IS THE MESSAGE OF ADAM (‘alaihis-salaam)?

It is said in Islam that there were 124,000 prophets, but few are known; and of them only 28 are considered messengers.  The Quran gives us the names of all 28 (as-salaam ‘alayhim ajma’een), from Adam (‘alayhi-s-salaam), the first, to Muhammad (salla-Llaahu ‘alayhi wa sallam), the last. .. When we look historically at these messengers and their message, beginning with Hazrat Adam (‘alayhi-s-salaam), we see a remarkable consistency in the message.

In reflecting on the message and messengers, it is of particular import to note that with Hazrat Adam (‘alayhi-s-salaam), in the beginning there were no other people to bring the message to.  He himself was the recipient of the message; he and Hawa (‘alayhaa-s-salaam) were the ones being guided and warned, warned directly by Allah (Subhaanahu wa ta‘aalaa). In that there is the example of both listener and speaker, messenger and follower.

WHO IS THE PROPHET ADAM (‘alaihis-salaam)?

This Adamic story is quite old.  It is also quite diverse. It is found all over the world, in many different societies. It is found in Native American teachings.  It is found in the Mau-Mau of North Africa, and other tribal areas in Africa.  Along with it goes the affirmation of tawheed / unity, of one God –  monotheism.

Who is the first person, Adam, who is created from earth?  Some have translated the name “Adam” as nothing, “no thing,” which is quite an interesting translation of his name, as he was born out of no woman, no living thing, but was created out of sticky mud.  Be that as it may, what was to become the living Adam, was left for 40 days before the Breath was breathed into him.  Some say it was for the angels to pass by the form and become used to the fact that there was going to be the creation of another being; to give time for the adjustment to the radical change of the way of existence at that time.  Adam (‘alayhi-s-salaam) is not only the progenitor of all of us, but also and more importantly, a force, an intention.  He is the Adamic imperative that is in each one of us to create.

We cannot assume that at that time in the Garden, Hazrat Adam (‘alayhi-s-salaam) spoke the language we speak.  I like to think that he spoke only du‘aa; that is everything was praise of, and supplication to Allah (Subhaanahu wa ta‘aalaa).  Due to the infinite wisdom of Allah (Subhaanahu wa ta‘aalaa), the souls of Adam and Hawa, as well as all the souls to ever be born (their descendants), accepted the amaanaat to be caretakers of this creation.

When we honor the creation of Allah, we thank Allah (Subhaanahu wa ta‘aalaa); we exalt the beauty of nature, and sweetness of food, the kindness of human beings. We are not worshiping human beings, or food, or beauty.  Iblis, as we know, refused to prostrate out of pride or envy, out of stubbornness, arrogance, false pride, or ego…

Iblis asks for a reprieve, but not for forgiveness.  Then Allah gave him the name Iblis, which is taken from “ablasa mina-r-rahman,” which means, “he despaired of mercy.” He has lost any hope of receiving mercy, because he didn’t repent.  He only asked for respite and, in His wisdom, Allah (Subhaanahu wa ta‘aalaa) agreed to the request. Iblis vowed to work to mislead Adam (‘alayhi-s-salaam) and all of his descendants, which include us; thus, a framework is set up in which people have and make excuses to disobey what they are told, and they will resist.  Allah (Subhaanahu wa ta‘aalaa) sends every messenger with proof, but some don’t accept that proof.  Only the ones destined to accept the proof will accept the proof.

THE FIRST TEST OF HUMANITY COMES WITH EATING FROM THE TREE. 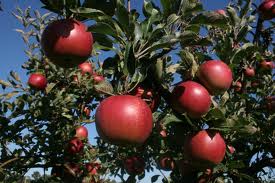 The test is one of a warning: eat anything you like, except from this one tree.

Now there is an obvious difference between the Judaic and Christian texts and the Islamic one.  In the Islamic text, no blame is attributed specifically to either Adam or Hawa; rather, they both ate from the tree and disobeyed Allah together.  It was not that Hawa tempted Hazrat Adam (‘alayhi-s-salaam)…

Discover more from Shaykh Rashid’s talk on Adam and Hawa in the following venues: